OMERO.figure demo app: How it works and how to use it

If you want to try using OMERO.figure without installing the app or the OMERO server, you can simply visit the demo site at figure.openmicroscopy.org/demo/

So how does the demo work, and what OMERO server does it use?

OMERO.figure is basically a bunch of html and javascript that runs in your browser, getting data and images from an OMERO server.

It can also use the OMERO server to save the figure file and export the figure as PDF or TIFF files. 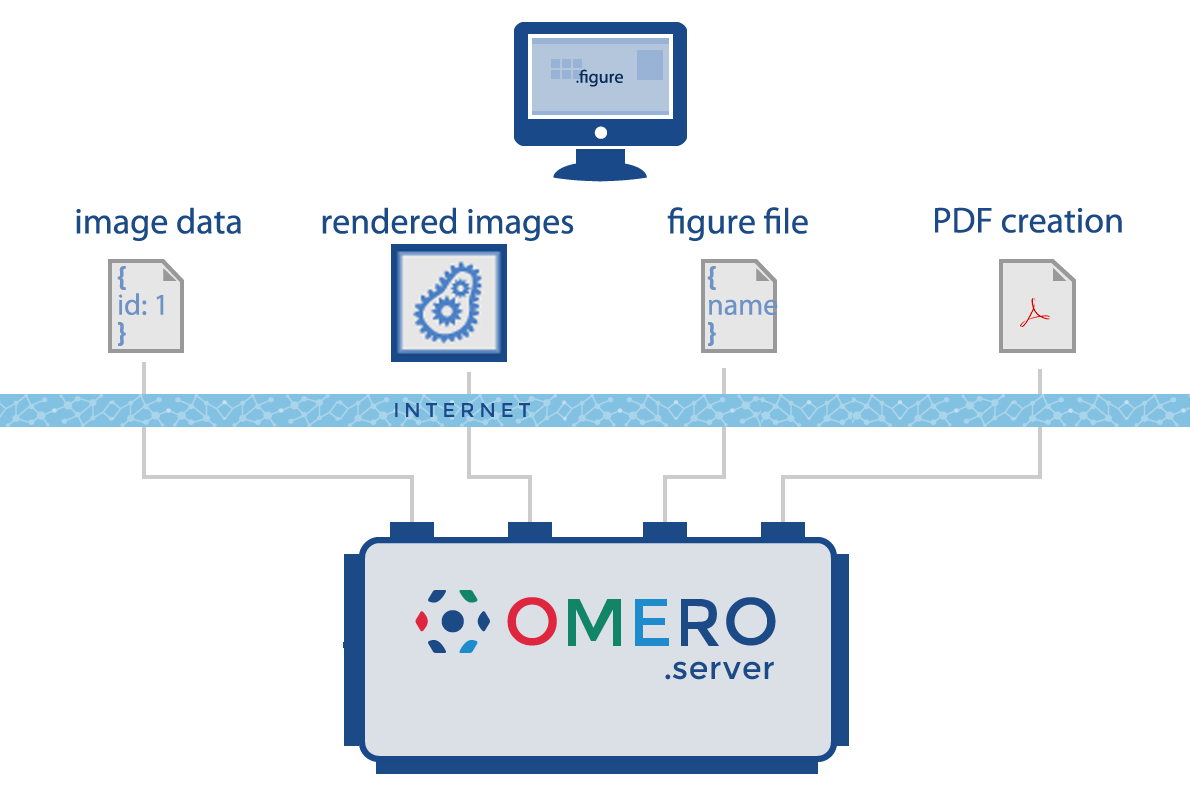 OMERO.figure reads image data from OMERO, and can save figure files and PDFs 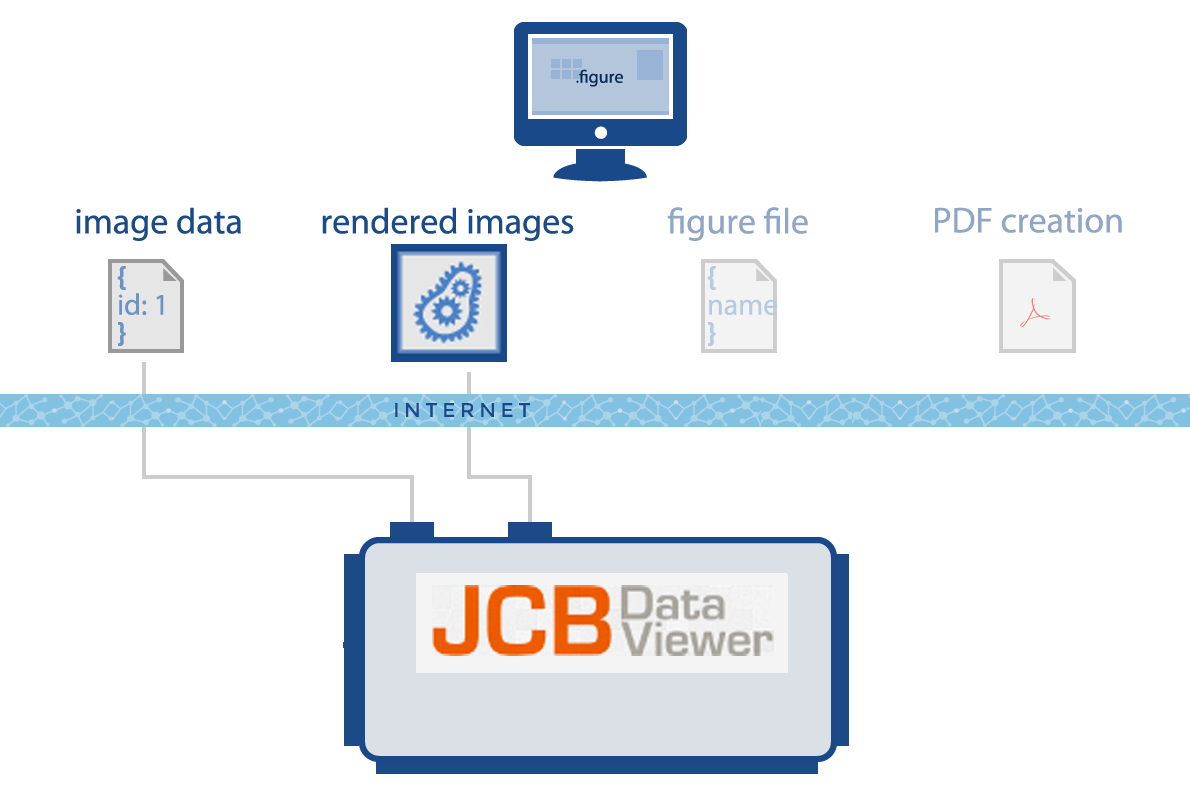 The demo app doesn’t have its own OMERO server. The html and javascript simply come from the figure.openmicroscopy web site. The demo app instead gets its OMERO images and metadata from the JCB DataViewer, which is a public image repository built with OMERO.

The demo app works in exactly the same way as the regular OMERO.figure app, with a couple of differences: 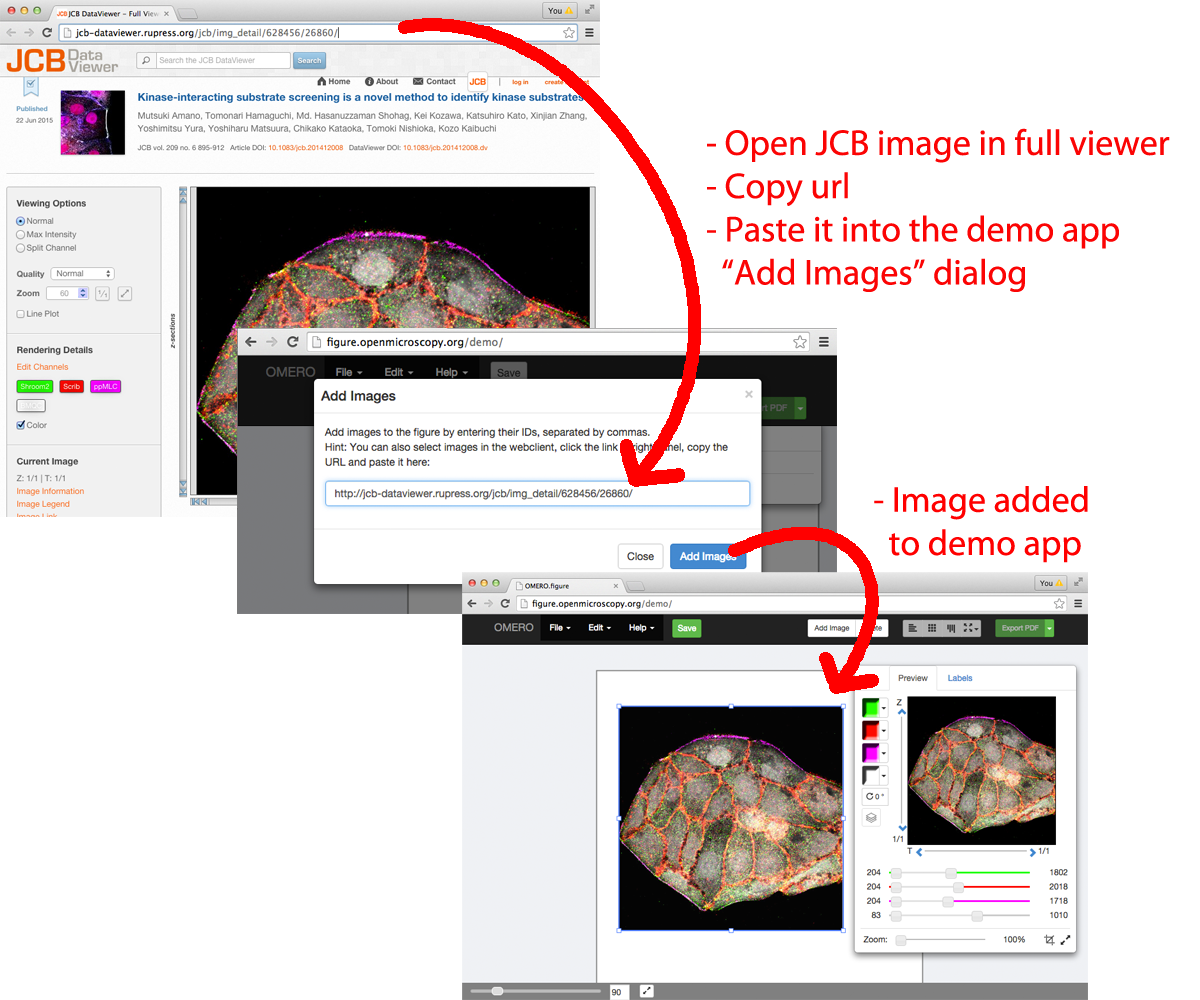 In fact, it’s not just the demo app that can add images from publicly available OMERO servers. The regular OMERO.figure also has this feature (in case you want to do that).

Enjoy using the demo app. And watch this space for new ROI features soon, ahead of their release in OMERO.figure 1.2.0.